Skip to content
You are here
Home > Resource > Scotlands: Earldoms and Shires in the 12th Century

The map shows Royal Thanages (Shires) as black dots. Those in Moray became detached from the state on the 11th C, and were only reinstated after 1130 and the battle of Stracathro. Earldoms are shown by name, with a rough approximation of their territories where known. 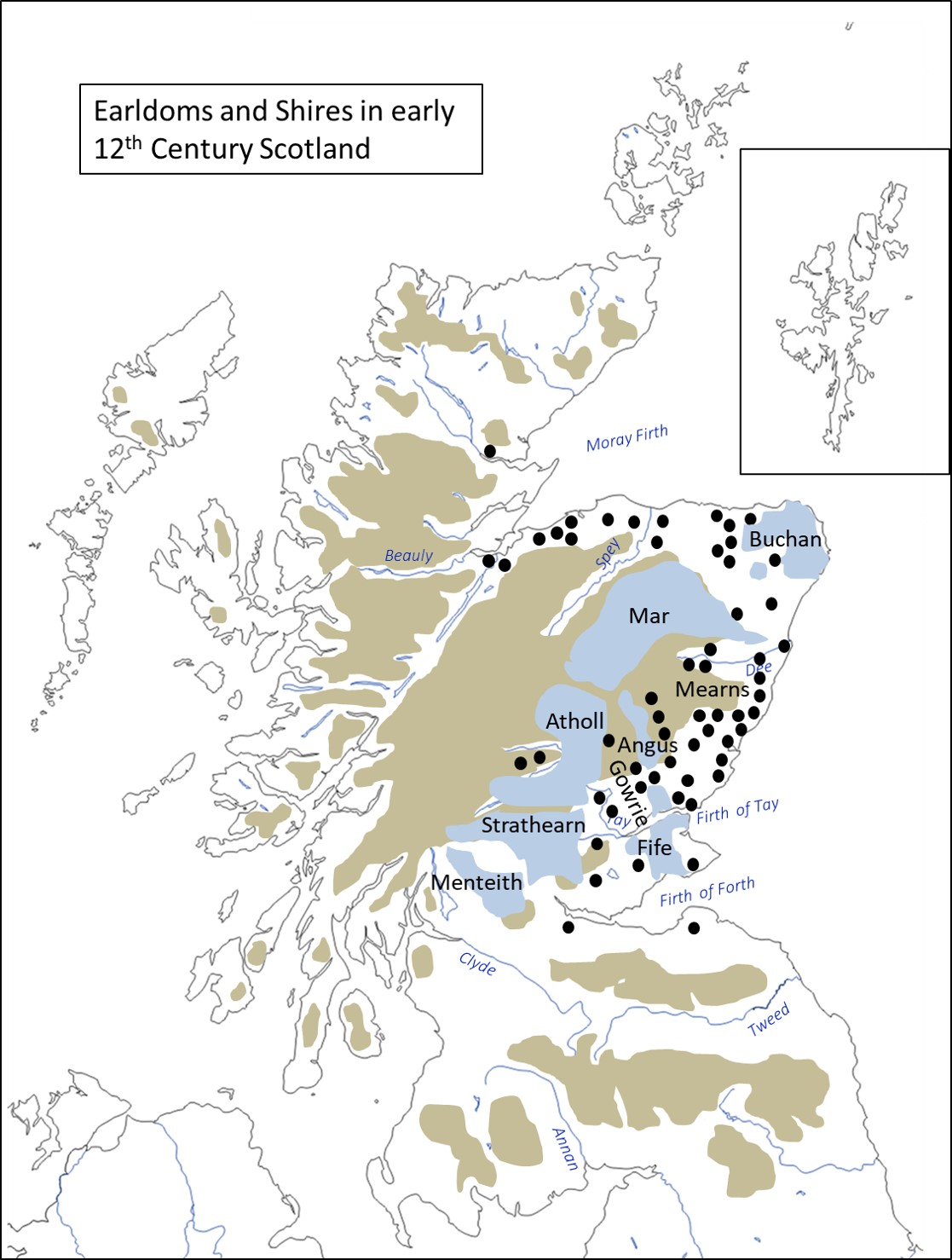 This map was based on one in David Carpenter’s ‘The Struggle for Mastery’, Penguin; which was in turn based on Alexander Grant’s essay in ‘The Medieval State’. ed J R Maddicott and D M Pallister.

Your cart is empty

Subtotal
Shipping and discount codes are added at checkout.
Checkout